Surviving a Stroke
By Karen Harimoto 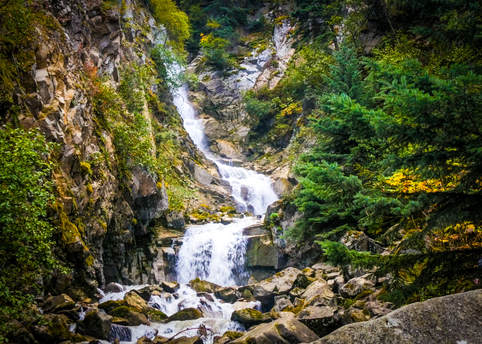 I was an only child and grew up lonely and troubled. My parents always seemed to be fighting, and I do not recall ever being hugged, kissed or told that I was loved. I remember when I was about four or five years old, going out into the yard, looking up at the sky and asking God, “Why am I here?” I lived in a lonely fantasy world, conversing with myself and my dolls. When my parents spoke to me, it was usually to scold me or put me down. They told me they found me in a garbage can, and I’d better be good or they would put me back in the garbage can where they found me. My mother was particularly hard on me. I once asked her if there was anything nice she could say about me and she said, “Well, you’re not crippled.”

I was never allowed to be myself, or to express my feelings. My parents expected me to always be a well-mannered, smiling child. I remember beating up and tearing the head off my favorite doll, Trudy, in anger and frustration over my pent up feelings. In my loneliness, I prayed to God to please give me brothers or sisters. Many years later, God would indeed answer my childhood prayers by giving me a wonderful reason for living and the best sisters and brothers in the world—the spiritual family.

During my school years, my longing for God became less important as I immersed myself in the social life of a teenager. Friends and boyfriends were more important. I began searching for love in all the wrong places.

I married a man who I thought would make me happy for the rest of my life. He was gentle, soft-spoken and intelligent. I thought he was my Prince Charming come true. We had two children. Then, things began to bother me about my husband and I became resentful and bitter. He began to turn elsewhere for the love and attention he needed. When our children were four and six years old, we were divorced and I received custody of the children. My mother told me that my husband had turned to another woman because I was a bad wife and mother.

I became a single mother, working to support myself and my children. With no child support payments from my ex-husband, all of my time and energy was devoted to making a decent living for us. I felt my children needed my time and attention, because they only had me and I tried to be both a mother and a father to them.

In 1986, a dear friend and I started a travel business. My partner David was more than just a business partner—he was my best friend and mentor. Our business flourished in the first few years, but David was stricken with a massive, unexpected and fatal heart attack in 1997. Suddenly, I was left alone to take over full responsibility of our business. I was devastated and overwhelmed.

Two friends approached me at that time because they felt the need to talk to me about Divine Mother. Everything they said hit me right in the heart—I physically felt that what they told me about Divine Mother and her messages were the TRUTH. We ended up having a five-hour lunch. I knew this was what I had been looking for all my life. I was invited to attend a presentation Divine Mother was giving at the University of Hawaii. When I met her that day, I felt her kindness and warmth. Divine Mother told me I could start attending meditation sessions and I have been going regularly ever since. I had finally come home.

My daughter is a devout, born-again Christian. When I joined the spiritual family, she was very upset and questioned whether I was doing the right thing. But I knew in my heart that I had found my path, and in spite of my daughter's misgivings, I stood firm. My attitude toward my business and my family began to change, and I began to experience more peace and joy. I realized that Divine Mother had been with me all my life. I felt that she had been guiding me all along, helping me make the right choices. I reflected on how well my kids had turned out. I owned my home, had food on the table and had been able to send my son and daughter to college. I never could have done this myself.

​Since I had a travel business, I offered to help Divine Mother with her travel arrangements and she graciously accepted. I received so much grace and joy working on her travel plans, and I was witness to many miracles along the way. I am so grateful for that period, during which I developed a greater awareness of Divine Mother's works. I felt my life was great ... and I thought I had everything I needed. I thought I was grateful. I thought I was happy. But it wasn't until the events of June 1999 that I came to the greater gratitude.

On the morning of June 6, 1999, as I was getting ready for work, I suffered a massive stroke. Two doctors told me that, given the nature of my stroke, it was a miracle that I even survived it, and even more amazing that I did not end up in a coma. I lost all function on my right side but, amazingly, I was able to speak and think clearly. The doctors could not understand how this could be, because the part of my brain that had been affected was the part that controls speech and thought. I know for certain that my thoughts and speech were spared so that I could share my personal story of the power of God's Love.

On the day of my stroke, my daughter, who had initially resisted and questioned my decision to join the spiritual family and did not understand my devotion to Divine Mother, felt compelled to get in touch with Divine Mother, who was away in Vancouver, British Columbia at the time. Divine Mother told her not to worry and my daughter felt comforted. Divine Mother gave me a one-on-one on the phone, and I was filled with peace and love. When she returned to Hawaii, she came to the hospital to visit me several times. She meditated with me, said the precious mantra for me and filled me and the room with God's Love and Light. I felt nothing but love and joy in her presence.

At the rehab hospital, I saw many other stroke victims who were filled with fear, anger, and depression. The hospital psychologist came to see me and asked if I felt any anger or depression. She said it was natural for me to feel that way. I thought about it for a minute and had to respond that I had no fear, no anger, no depression, because I had God in my heart. She looked at me and said she felt I was at peace and said, "You don't need me." As I witnessed what other patients went through, I realized how much I had been spared by the power of God's Love.

When I returned home from the hospital, I needed complete assistance. My insurance covered about a month of home care. I did not know what I would do, how my family would cope once the assistance ran out, but Divine Mother had told me not to worry, so I didn't. When the insurance-coverage ended, Divine Mother asked the spiritual family to help me. There was such an outpouring of love from my beautiful sisters and brothers. Divine Mother had filled all of their hearts with so much love and her Love was coming to me through them in such a wonderful way. They came with open and generous hearts, preparing food for me, doing minor repairs around the house, and helping me in every possible way. They set up a schedule so that all of my needs would be met on a daily basis.

As a bonus, Divine Mother allowed me to go to meditation as often as I wanted. So I began to go four times per week. Spiritual family members provided transportation so I could attend the sessions. It is so wonderful to be in Divine Mother's house—feeling the love—being with her children. I thank Divine Mother so much for taking care of all my needs. I have developed close and loving relationships with the spiritual family, many of whom I did not even know before. I had been so busy with work and family that I didn't even get to know them. They are the sisters and brothers I prayed for as a small child. I am so blessed.

One night, several spiritual brothers and sisters were at my home and my blood pressure was getting very high. My daughter was concerned so she called the doctor who said I should take more medication. I felt in my heart that I did not want to take more medicine. I asked the spiritual family members to meditate with me, which they did. I said the mantra and I saw Divine Mother's beautiful face smiling at me. I felt peace and joy. Later, when my son took my blood pressure reading again, it had gone down over twenty-six points to a normal level. I have had no problem with my blood pressure since then.

After the spiritual family began coming over to help me, my daughter began to realize how beautiful they were. In spite of her initial resistance to my joining the group, she was so moved by their outpouring of love and compassion. She wrote a letter to Divine Mother saying that she was learning from them how God wanted her to be—selfless and loving. For me, that was such a miracle and a joy, because my daughter's concern over my commitment to Divine Mother and the spiritual family had troubled me. Now I feel that she understands and respects this beautiful path.

One day, as I was meditating, I heard my mother's voice calling me. She had always been so unhappy and in so much pain, and when she died over ten years ago, we had so many unresolved issues. But her voice was so real, and it was soft and pleasant. I realized that my mom was happy and I felt that she knew I was doing the right thing for her...because I had been saying the mantra for her everyday since joining this path. I feel that my mother and I have been reconciled in spirit and I no longer feel any anger or resentment toward her—only love.

​Soon after my stroke, one of my neurologists told me not to expect any improvement in my mobility. He told me that I would probably be confined to a wheelchair for the rest of my life. But gradually, I have regained some mobility and strength and now walk with a cane and can take care of many things myself. However, the most important thing has not been my physical improvement. Although I am very grateful for the improvements in my physical condition, I am most grateful for the spiritual changes I have experienced. My awarenesses have been overwhelming. Now I can truly say I have personally experienced the great Love of God and I am so happy and grateful for this experience, for without it, I never would have had this tremendous spiritual growth. Thank You so much, God, for Your Love. You not only saved my life, You transformed it.
Copyright © 2022 Audrey E. Kitagawa,
​All rights reserved.