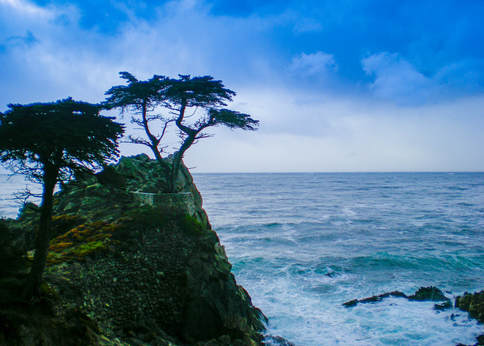 For most of my fifty years of living, I have never really been happy. Since my childhood days in Hawaii I was a prisoner to my fear, panic, and despair about life. I felt isolated and lonely and could never escape the pain of a dysfunctional childhood in which an abusive father aroused continual fear in my mother, brother, and myself. I cannot remember many moments of safety in my childhood.
​
While living in the mainland, I turned to a marriage to fill the emotional void I felt as a child, but instead found myself clinging to an equally dysfunctional partner. I allowed my husband to demean and undermine me until my self-esteem gradually eroded. As I look back, it was unbelievable how little I respected myself and how much I suffered by craving love from someone who could not even help himself. I subjected myself to mental abuse for 27 years, and at the end of the marriage, which culminated in divorce, I was a nervous wreck and had no idea who I really was.

In 1988, I met Divine Mother in Hawaii. From then on my life changed. Divine Mother was the most unpretentious and humble person I have ever met. She was human, yet Divine. When she walked through her kitchen, it was as though she were floating. In a powerful meditation with her I experienced the breaking of huge chain.

Throughout my life I had turned to religion and realized that only God could fill the void. Still then, even in religion, I was flooded with fear. God was always a stranger to myself. I felt forever bound to rituals to atone for my "karma". But Divine Mother changed me so that I no longer experience the "terror" of God, but rather the saving, loving grace of God.

​In Divine Mother's Presence, I felt more peaceful, and gradually, the deep, ongoing panic within me was erased. Through Divine Mother's Love, God began to break the thick chains of bondage of destructive family patterns and negative memories that were embedded in my very cells. Only God could have disentangled the intricate mess of our family patterns and my inner turmoil. She freed my soul from bondage, so that I could at last find joy in loving and praising God.

I found courage with which to face my inner demons. As Divine Mother's Light penetrated my consciousness, I became painfully aware of how much I had prevented my children from ever having their own childhood; my unhappy state became their focus, and they felt compelled to take care of me because of my debilitated state.  How could they have ever experienced normal childhood? I had been very selfish to bind my children to me in such unhealthy, dysfunctional, and abusive ways. I had robbed my children, such beautiful souls, of their childhoods.  My heart ached with grief for what I had done to them.

Divine Mother saved my relationship with my children. Without Divine Mother in our lives, we would not be a harmonious family as we are now. When she came into my life, the children sensed I had changed.  I was no longer a mother who was dominated by neediness and self-absorption.

Divine Mother must have read my heart, for both grown children moved to Hawaii most of all to be with Divine Mother, who was to give them the purest love they have ever experienced. And through the Love Divine Mother imparted to me, I was able to become more of a true mother.  Divine Mother guided me safely through many self-discoveries, which ordinarily would be too painful to bear, and helped to transform my consciousness so that I could be present for my children. Both children were able to expunge their childhood rage in the security of her Love. Miraculously, I was able to acknowledge the hurt I had caused them. Through this process, each one of us became happier and stronger.

​Thank You, Divine Mother, for your indescribable, transformative Divine Love, which has brought me, and my family to our wholesomeness.  You are my true Divine Mother, my Beloved Divine Mother for all eternity.
Copyright © 2022 Audrey E. Kitagawa,
​All rights reserved.