Travel in Europe with Divine Mother
By Tad Kunimoto 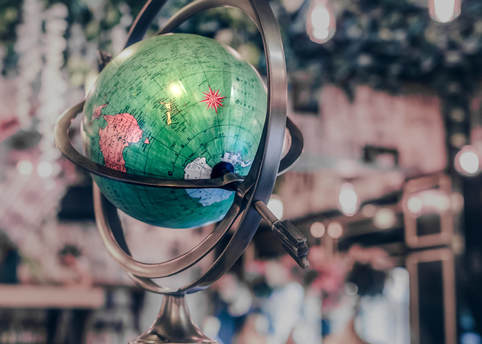 If I were to identify one slice of my life that meant the most to me, I would have to say that the three weeks that we spent in Geneva and London with Divine Mother would be the most precious time of my life. It began in the lobby of Hotel Intercontinental in Geneva when Divine Mother greeted me with a hug. Then she gave me another hug in London before she departed for Belfast. Those hugs represented the hugs I did not receive from my parents—and they started and ended our incredible three weeks with Divine Mother. Thank you, Divine Mother, for letting me experience God's Love.

During the trip I witnessed Divine Mother's great commitment to take the Light to the world. To do this she endures long hours in airplanes, goes through unfamiliar airports, security, immigration, and customs requirements. It rained and snowed in Geneva, so she also faces the elements of the weather, not to mention language, cultural and monetary differences. Being a witness to all these things and Divine Mother's infinite Love brought tears to my eyes.

​It was through God's grace that I was able to serve Divine Mother during the three weeks as she transmitted the Light. I witnessed peoples' consciousness changing just by being in Divine Mother's presence. In just a few moments with her, their behaviors changed, and their interactions became heart-to-heart, spirit-to-spirit. Being near Divine Mother, my consciousness also changed. I began to feel more for myself and for others and also learned to follow up my awareness with action. Thank you, Divine Mother, for your unconditional Love and seeing everything and everyone as being from our One God.
Another thing I witnessed was how Divine Mother accepts things, saying, "It's all in God's hands." Whenever I heard Divine Mother saying this, it made me aware that I need to modify my habit of wanting things to happen on my own terms. Thank you, Divine Mother. I am more patient now and becoming more flexible and grateful for every experience.

It was a blessing to have had several meditation sessions with Divine Mother and also two one-on-ones. During both one-on-ones I felt eternal peace, losing bodily consciousness. I was completely in a state of peace and bliss. I also had a vision of Divine Mother shining God's Light to people yearning for peace and love; and I saw her commitment to fulfill their yearnings.
Copyright © 2021 Audrey E. Kitagawa,
​All rights reserved.